One of my favorite things about Sourcegraph is the fact that we are a team of developers building a product for developers. This means that everyone on the team has product intuition and can participate in planning what we are going to work on for our next release. Normally we spend time reviewing customer feedback, metrics, and company goals to figure out what to work on next, but every once in a while we like to throw our regular process out the window and do something special...HACK TIME!

Many organizations do traditional "hack days", "hackathons", or "20 percent time", but each of these approaches have limitations.

Another problem with all of these approaches is that the limited amount of time constrains the kinds of ideas that you can work on.

We wanted to unleash the full power and creativity of our team, so at the beginning of June we told everyone that they would have a full two weeks at the end of the month to work on anything that they wanted. There were no rules or guidelines about what to work on or who to work with, but each person was expected to present their work at the end in whatever format made sense (e.g. demo, slides, charts, etc.).

Everyone started to get excited thinking about what they were going to work on! Some people teamed up while others were very secretive until the final day of demos.

At the end of the two weeks we gathered the team for everyone to share their work. Demos went smoothly because there was plenty of time to prepare and many projects pre-recorded videos. Most importantly, everyone was happy that they were able to work on something that they were passionate about, and the results showed it!

A few projects were so exciting that they transitioned into full projects and shipped in our 2.10 release:

Other projects focused on internal improvements:

There are even more promising and ambitious projects that we are continuing to work on.

Chris, Farhan, and Quinn have already built a few working Sourcegraph extensions, including one that decorates code with coverage information provided by Codecov when viewing code on Sourcegraph or on GitHub via Sourcegraph for your browser. 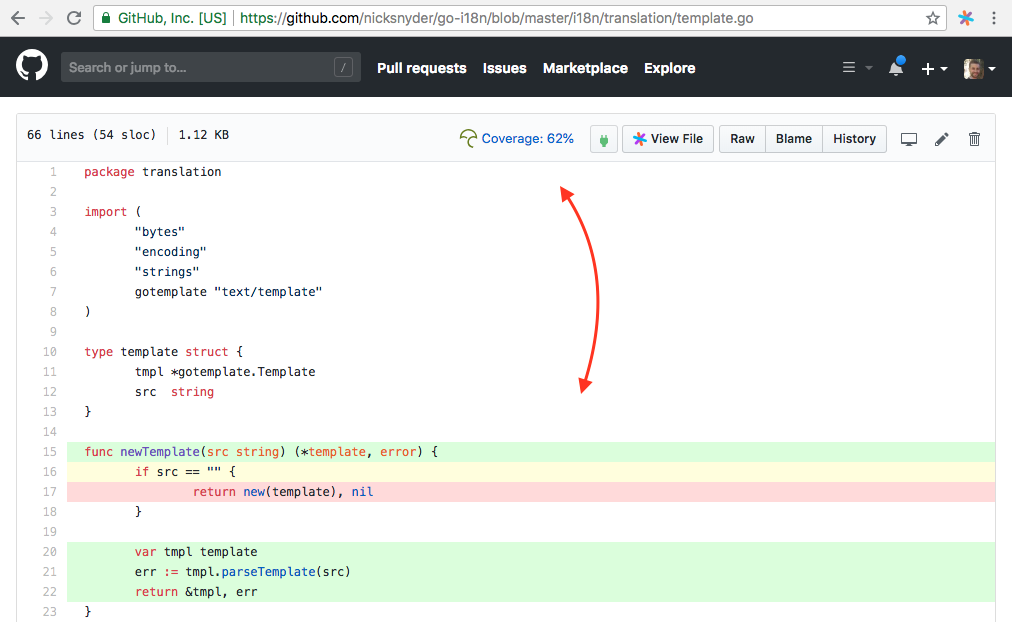 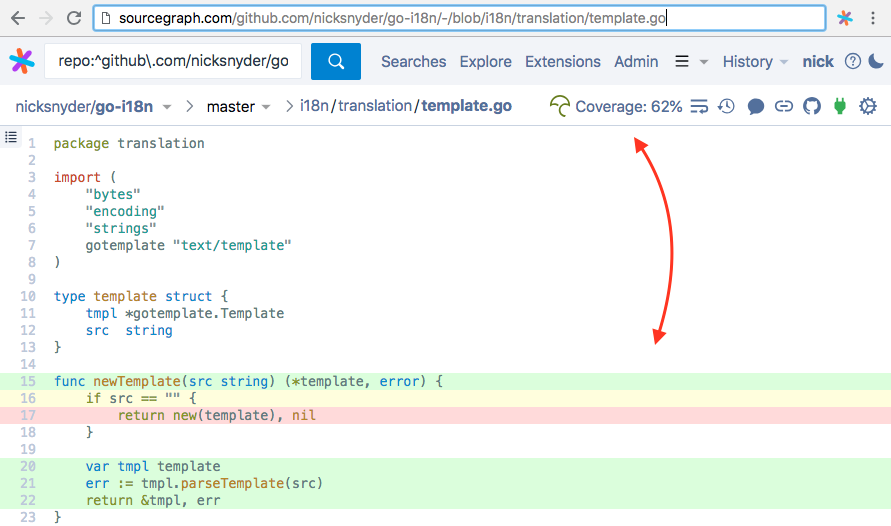 We’ll share more about Sourcegraph extensions soon, and we are excited to see what kinds of extensions other developers will create.

Given how successful this hack time was, we plan for our future hack times to maintain the following properties:

If you are interested in building the next generation of developer tools with us, let’s talk!