Sometimes we need to tell the go runtime what to do. This talk explains how to control the runtime, why we should, and describes three new ways to control it better.

What is the Go runtime?

It's a library used by Go programs while they are executing. It controls things like: 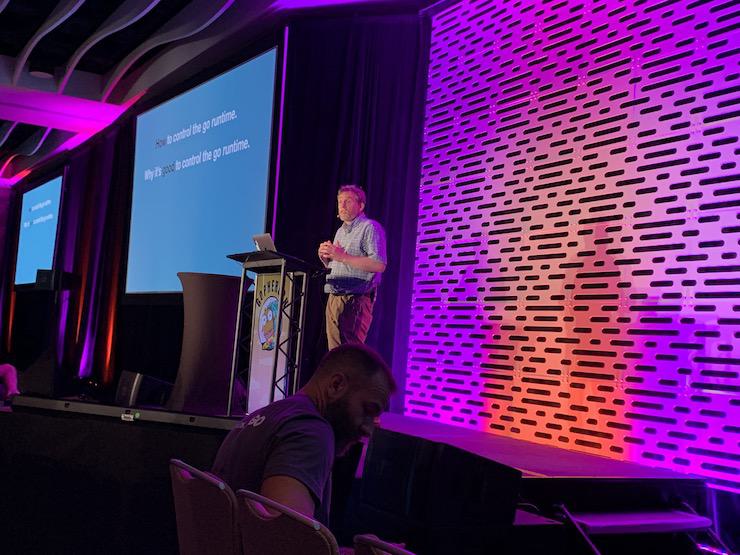 It is a helpful assistant. It is a Go package (https://golang.org/pkg/runtime/). It is not an interpreter (e.g. Python, Ruby) or full runtime environment such as the Java virtual machine. It is useful for profiling and observing what happens during program execution.

Some functions that can be used to control the garbage collector:

Some functions that can be used to control the scheduler:

Patrick asked if anyone had used any of these functions, and then showed a couple of graphics which represented a search of github for such usage. So we have quite likely indirectly used them.

Some more controls, in package runtime/debug:

You can get indirect control of the runtime via context

The above requests that all goroutines with ctx, stop. This is scheduler control

So ... Why Control the Runtime? 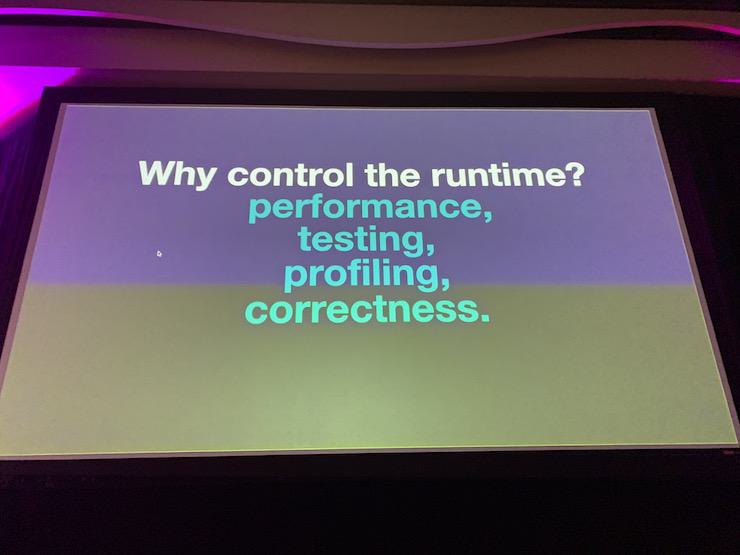 We use Goexit() all the time via t.Fatal("some test failed")

Gosched() yields processor to allow other goroutines to run. This can be put in a tight loop to make sure the CPU isn't hogged.

GC() is useful for testing, improving performance. For example checking the performance of allocating a slice of integers vs a slice of pointers to int. There are garbage collection implications to handling of values vs pointers so runtime directives can be used to benchmark them.

KeepAlive() holds off garbage collection and there are certain situations where it can be used to stop premature cleanup of e.g. file descriptors.

SetFinalizer() as mentioned sets a function to be called when an obj is no longer needed and can be garbage collected. An example was shown which closes an os.File when it goes out of scope.

Other Uses For Go Runtime

So now that we are convinced that using the Go runtime is good!

New Ways to Control the Runtime

These are a thought experiment, they do NOT exist (yet)! 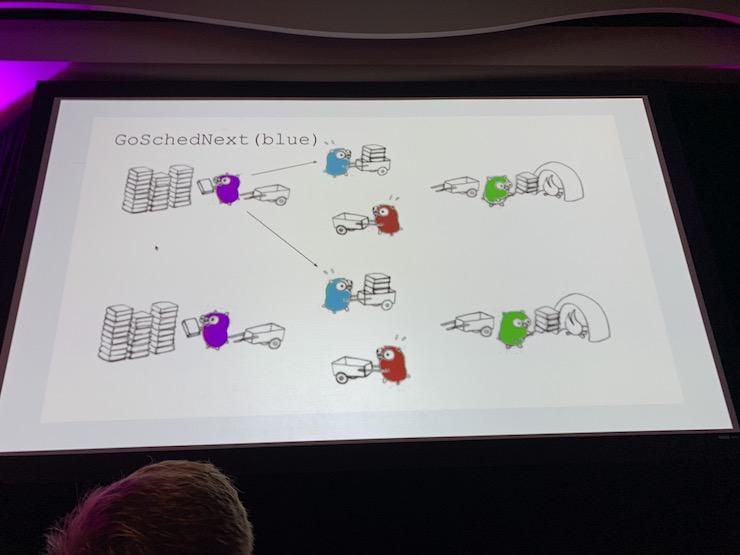 Or, Better Not Go There?

a) We should never control the Go runtime directly
b) Controlling the runtime is bad programming
c) ids for Go routines?? Never! Color is just an alias for ids.. d) Let's just make the runtime better

a) Performance and testing are really necessary items that runtime helps with
b) User space ought to be fair game for us to control. It's not the kernel, which is legitimately off-limits
Let users have tools, empower them
c) Use types, not tokens. Also, why not be open to ids?
d) YES, make the runtime better. But also give programmers more options.