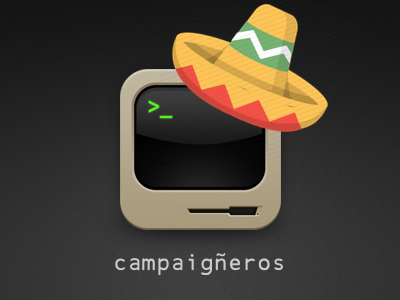 Find code that needs to be changed and change it by running code.

Users can focus on changing their code because campaigns provides the plumbing:

Users provide the code to make the change, we provide the plumbing to turn it into a large-scale change and monitor its progress.

Netlify and AWS Lambda solve difficult, repeatable problems for developers, removing overhead and enabling them to focus on the problems they are solving. In that regard, campaigns are to large-scale code changes what Netlify is to static site generation and AWS Lambda is to handling HTTP requests.

When I write an AWS Lambda function I want to focus on which requests it receives and what response to send out. I don’t want to worry about which server to run it on, how to scale it, secure it, add logging, keep track of its usage.

When I deploy a static site on Netlify I want to focus on my site — its content and design — and not think about where it’s deployed, how to get new SSL certificates, how to install dependencies to run the static site generator on a server, how to preview the site in a pull request.

When I create a campaign to make large-scale code changes I want to focus on the specific change I want to make across all of the code at my organization. I don’t want to worry about all of the overhead associated with execution, code hosts, and management of all things listed above.

Our two-week sprints start every other Wednesday. We follow this process:

Our team has two Slack channels, one public (#campaigns-chat) and one private (#campaigns-team). Our default is to use the public channel.

The private channel is for communications that would be of no interest to someone not on the team. Things like (re-)scheduling of team meetings, vacation scheduling, reminders about tasks that need completing, etc. Keeping these out of the public channel raises the signal-to-noise ratio for folks interested in Campaigns, but not interested in who will be 10 minutes late to our sync meeting today due to the fact that their cat knocked over a jar of pickles and now there’s glass everywhere and everything smells like vinegar and now you wish you hadn’t read this sentence to the end.

The Campaigns team is the current owner of src-cli, due to the fact that most of the src-cli work in recent months has been related to Campaigns. We do not expect to be the permanent owners of src-cli; when another team becomes the main contributor, we will transfer ownership to them.

We are looking for a full-stack or frontend engineer to join our team!