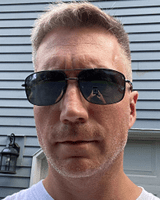 With Sourcegraph, we were able to make a smooth transition from Perforce to GitHub.

FactSet migrates from Perforce to GitHub

“With Sourcegraph, we were able to make a smooth transition from Perforce to GitHub.”

Migrating from monolith to microservices

In 2019, FactSet's engineering team started a huge code migration project to transition from a monolithic code repository in Perforce to microservices in GitHub. Part of the reason for migrating involved recruiting and onboarding—new developers often hadn't even heard of Perforce and didn't know how to use it. In addition, moving to a git-based system had technical benefits for FactSet, including increased code stability, fewer failed deployments and broken builds, and a more agile, incremental approach to software engineering.

The developer services team spearheaded the transition to GitHub and met weekly with developers to provide updates and address issues. Soon after migrating the first 20+ repositories, the team responsible for FactSet's market data platform, which ingests a huge amount of data from different stock exchanges, brought a major problem to their attention: the team could no longer search the code.

The market data application is structured with approximately 100 different children classes of the same templates, repeated over and over. That structure is part of why the team relies so heavily on code search, just to see exactly which instance of a class is being called and what it is doing.

“Mid-migration, it became very clear that we had to find an efficient way to search code. Thankfully, we discovered Sourcegraph,” said Derrick Faunce, Associate Director of Developer Services at FactSet.

Expanding throughout the organization

Initially, the developer services team deployed Sourcegraph to the engineers responsible for the real-time news and quotes engine. But after receiving positive feedback, the team gave another 200+ developers access to Sourcegraph. A month later, they surveyed Sourcegraph users to see how engaged they were with the product.

“The responses were heavily biased towards, ‘I'm using this every day, or even multiple times in any given day,'” Faunce said. Now, over 500 FactSet developers use Sourcegraph.

“For developers, Sourcegraph is a must-have tool一we need it at arm's length at all times.”

For a large, fast-paced organization like FactSet, code search capabilities are essential to ensuring consistency as well as eliminating duplicative efforts.

“If I'm developing code for a library that might draw charts, for example, we don't want 30 different ways to draw a chart at FactSet. With Sourcegraph, I can search the code to find other chart examples, and simply copy the code. This saves us time and ensures consistency.”

“Being able to have code exploration is a base requirement of efficient development,” said Joseph Majesky, Software Engineer at FactSet.” Majesky was one of the developers who discovered Sourcegraph during the transition from Perforce to GitHub.