What does it mean to prove something? Propositional logic requires we reveal propositions and then prove them true, but what if it were possible to create proofs which reveal nothing but their own validity? This is the core idea behind the emergent field of zero knowledge proofs: a decades old solution to a problem we didn't even know existed yet. As we increasingly turn to machine learning to solve problems related to security, such as detecting frauds, fakes, or other threat actors, solutions increasingly rely on accumulating massive amounts of personal data, undermining privacy and risking data breaches. This talk is about how we don't have to sacrifice privacy to get security, and the potential power of constraints, complexity, and universal verifiable computation, and assumes no prior knowledge of cryptography or proof systems.

Tony introduced the talk as the history of zero-knowledge proofs, there is going to be lot of mathematical papers referenced but this is not a math talk. Tony started his talk with a thesis that lot of the problems we are running into with rampant leaks and identity thefts could be solved with Zero-Knowledge Proofs based identity system.

The solutions could be these

Tracking is becoming a regular part of life in the modern world. Your phone is broadcasting various tracking data like IMSI number, MAC address, Bluetooth Identifier. Even the newly issued and soon to be mandatory RealID cards in the US were once feared to contain RFID trackers. This works towards enabling a state of surveillance both at the state and corporations tracking you level. What if we didn't have to sacrifice our privacy? Zero-Knowledge proofs try to solve that problem by proving the information but not revealing it to the verifier.

Where a conventional proof conveys the information, a zero knowledge proof is meant to convey the assurance that information is available. The goal is to convince the verifier that you have the information without revealing anything about it. A lot of seminal work was done by Shafi Goldwasser and Silvio Micali which led them to be awarded the 2012 ACM Turing Award. 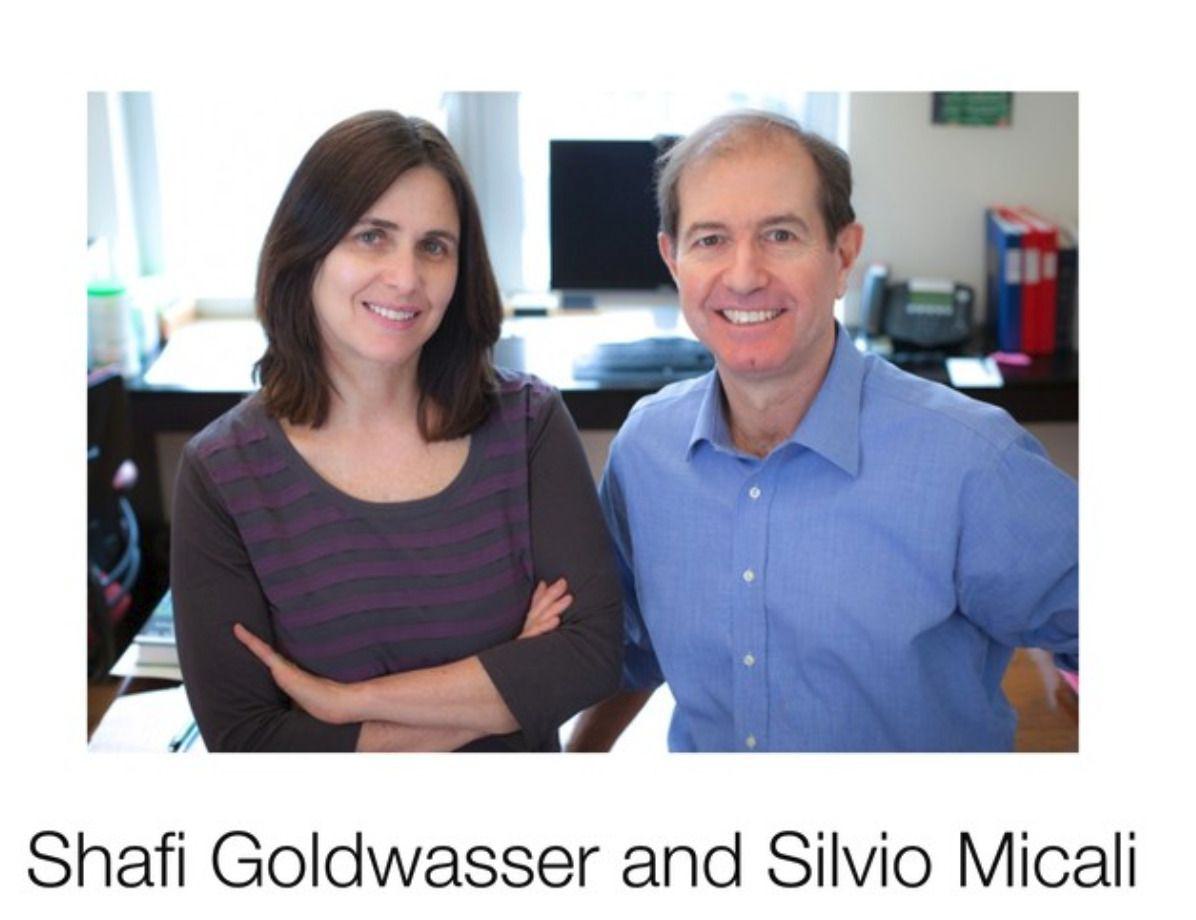 In 1982 Goldwasser & Micali published the paper on Probabilistic Encryption. This paper introduced the concept of replacing Trapdoor functions in public key cryptography like RSA encryption with probabilistic functions, which gives you similar characteristics but it's probabilistic. They wanted to go from Probabilistic encryption to zero-knowledge proofs.

Lots of papers after this seminal paper were rejected until Knowledge complexity of interactive proof systems systems in 1985 was finally accepted. This paper proved to be fundamental to the development of Zero-knowledge proofs.

The paper can be understood by solving a 3-coloring algorithm in a graph. The nomenclature of the characters are as follows:

Tony used this tool to demonstrate the protocol in action https://web.mit.edu/~ezyang/Public/graph/svg.html

Peggy's goal is to prove to Victor that the graph is indeed 3-colorable without revealing the three coloring of the graph. You may notice that the colors change between different rounds of the game; although Peggy(the Prover) is not allowed to change her mind once she offers you a choice, she is allowed to mix up the colorings between choices. Indeed, if she didn't, you could reverse engineer the full coloring, making it not a zero-knowledge proof. 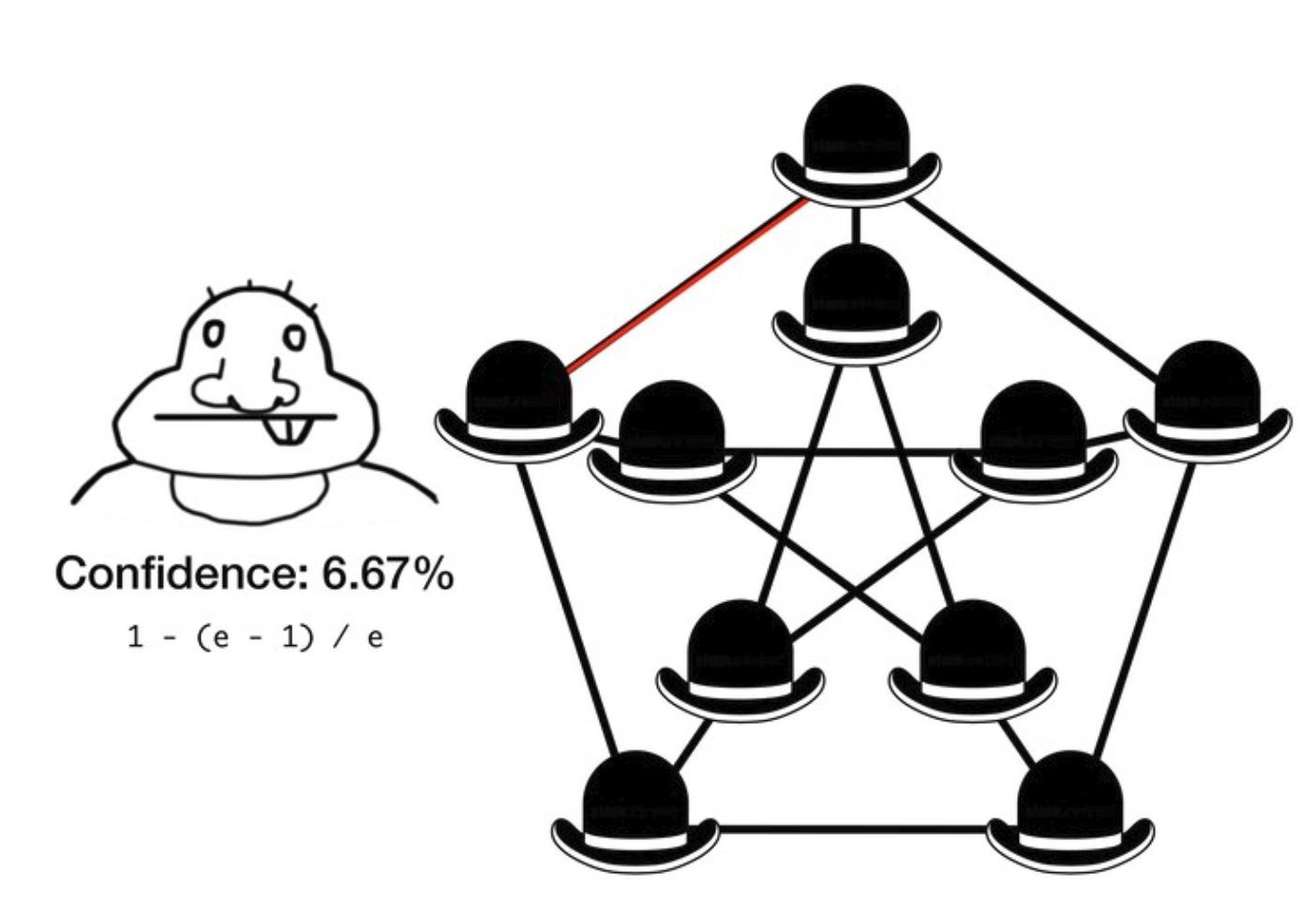 The same year 1985 László Babai published the Arthur-Merlin Proofs in the paper Trading Group theory for randomness. In this case, the prover is Merlin and King Arthur is the verifier. The paper reminds us that the zero-knowledge proofs exist to convince a distrustful third party of the knowledge of the proof.

Equivalence between the two proofs: tale of two coins

In 1986, Shafi and Michael Sipser wrote the Private Coins vs Public Coins in Interactive Proof Systems paper which proved the equivalence of the interactive proof systems defined by (Safi et. al.) as private coin flip, and the outcome of Babai's as the public coin flip.

This was followed by Fiat-Shamir's paper How to Prove Yourself where they turned the ineractive algorithms into a signature -- thereby turning the interactive algorithm into a non-interactive one. This meant that instead of requiring the verifier to be part of the initial commitment and challenge, the prover just needed to prove the hash of the message.

In 1987, zero Knowledge proofs were actually featured in the New York Times.

Equivalence between interactive proofs and NP

Tony had mentioned the complexity theory link in the beginning with Goldwasser & Micali's original paper. But in 1988 the link came together in the Everything Provable is provable in zero-knowledge paper. This paper showed that Every problem in NP has a zero-knowledge interactive proof and Zero Knowledge Proofs are universal.

The problem after this is how do you check a proof that's too large to verify? You may not be able to verify a large 100 page proof.

In 1992, Probabilistic checking of Proofs: A new characterizations of NP tackled this problem by probabilistically checking the proof in a way that doesn't grow in an unbounded fashion. But, what if we could make smaller proofs? To answer this question, Joe Killian published A note on efficient zero-knowledge proofs and arguments.

In 2000, Micali published the Computationally-sound proofs : Poly Logarithmic Verification Time paper which proves that there's a poly-logarithmic verification time - i.e., it can be efficiently verified.

Tony characterizes these two papers as the beginnings of SNARG - Succint non-interactive arguments.

Fiat-Shamir had introduced the random oracle model in the 80s, in 2001 the paper Universally composable commitments took the interactive model offline by using the Common Reference String(CRS) was used to build a long string as "Trusted setup." This requires an initial trust to setup otherwise the system is defeated.

In 2009, Bitcoin was released. Tony considers bitcoin's pseudonymity proofs to not be sufficient since pseudonymity can be defeated easily with graph clustering. The limitations of Bitcoins led to the publication of Zcash paper in 2014 by Eli Ben-Sasson. This paper introduces the concept of zkSNARKs.

This was followed by the paper Scalable zero knowledge proofs which presents recursive proofs if you already have proof for others using Elliptic Curve Cycles.

Although useful, Trusted Setup has shown to be vulnerable to accidental leaks and mishaps. As an example, the following were presented.

The Zcash developers tried to destroy the machines used for the Trusted Setup used to create the Common Reference String but it was leaked in the ceremony transcript.

This was followed by Powers of Tau ceremony to replace with prolonged multiparty signing ceremony with hundreds of signers.

These two papers present the future without the limitations of previous processes.

ZXE: Enabling Decentralized private computation. ZXE presents a universal verifiable computation: can be used to prove any program was executed correctly while keeping the inputs secret

On Tuesday (September 10, 2019), major new development had happened with the publication of Halo: Recursive Proof Composition. Halo combines best parts of SNARKs and Bullet proofs with no trusted setup and uses normal elliptic curves. If you want to see it in practice, there's a WIP implementation on github: https://github.com/ebfull/halo

Tony deffered the question about the link between P!=NP and Zero Knowledge Proofs, ie whether Zero-Knowledge proofs would be step towards proving P!=NP. His work involves building a bridge between Cosmos and the Zcash Shielded Pools. In terms of practical usages, Tony presented the idea of checking for Non inclusion lists like checking for no fly lists without disclosing name, etc