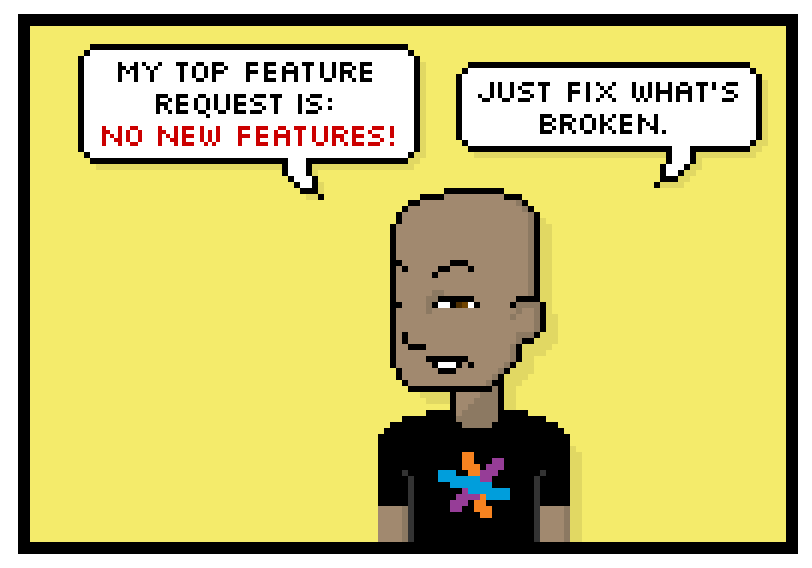 Sourcegraph is an open source, self-hosted, cross-repository code search and navigation tool, with an efficient web interface and “feels-like-native” integration into your code host. Install or upgrade Sourcegraph.

Developing Sourcegraph in the open with a public product roadmap, and having a product used by tons of developers, means we receive a constant stream of feedback. A clear theme emerged:

Seemingly small improvements can deliver huge productivity gains to engineers at companies such as Uber, Lyft, and Yelp, which have hundreds or thousands of developers using Sourcegraph to search and navigate thousands of repositories every day.

That’s why this release focuses on productivity and stability improvements that every Sourcegraph user can benefit from.

Getting your team on Sourcegraph is now easier thanks to the onboarding guide in the top navigation bar.

Site admins are guided through the steps to connect their repositories on their Sourcegraph instance and set up user authentication so it’s ready to share.

Users are guided through performing their first search and code navigation actions.

Easier deployment to EC2 and DigitalOcean

You can run Sourcegraph locally with a single Docker command, but what about when you want to share Sourcegraph with your team?

We’ve made it easier to deploy Sourcegraph to your preferred cloud environments:

Our NGINX SSL configuration documentation has been revised and improved, plus there’s now a guide for creating self-signed certificates and how to get them trusted by your browser.

The 3.3 release will bring even more documentation improvements such as a new theme and better documentation for administrators first setting up a Sourcegraph instance.

Sourcegraph integrations, such as our browser extension which brings hover tooltips and code navigation to GitHub, amplify the value that developers get from Sourcegraph every day.

We’re also investing heavily in constantly running end-to-end tests to catch bugs sooner (when for example, a code host changes their DOM), and to ensure consistency of features across integrations such as cross repository jump-to-definition on GitHub, GitLab and BitBucket server.

Much of 3.2 is building the foundation upon which these improvements can be made and 3.3 is where the benefits of these changes will start to be seen.

Hover tooltips and jump-to-definition continue to be quicker and more efficient as you can see in the below demo of navigating around the Linux repository on Sourcegraph.com.

Thank you to the many people who contributed to make Sourcegraph better since the last release!

Upgrading from 2.x or 3.0? See the migration guide