Have you ever used HTTP server functions surfaced by the net/http package? Or gone down a couple of network levels and used TCP and UDP Listeners? Sockets are the secret sauce underlying these networking tools in Go. While Go abstracts away sockets, there are circumstances where knowing about sockets and how to configure them is instrumental. This talk will explain the fundamentals of socket-level programming in Go, and how and where to use it.

Sockets are a subset of file descriptors which are used to read and write from networks. Two primary types of sockets are stream and datagram sockets. 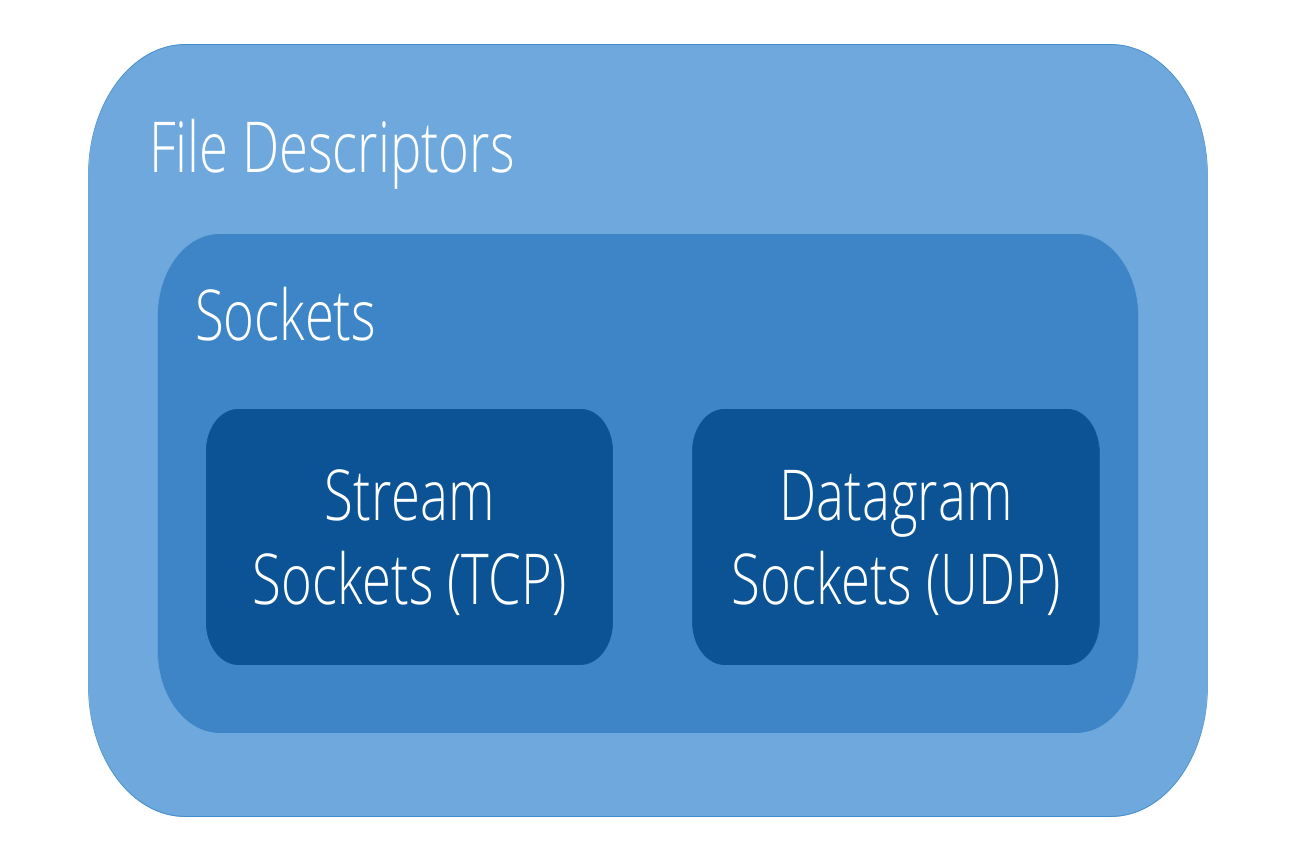 TCP connections are used to guarantee delivery and maintain the order packets were sent in.

Setting up a stream socket is akin to making a telephone call.

Now they can write() and read() back and forth like having a conversation over a phone. Once the conversation is ended close() will terminate the connection similar to hanging up the phone.

It took 8 syscalls to be able to handle a TCP connection. This can be tricky to setup in C, but Go does a lot of the heavy lifting for us.

net.Listen() takes care of setting up the socket socket(), binding to the desired address bind(), and listens for incoming requests listen(). The net.Listen() function returns a net.TCPListener struct which contains the methods accept() and close() used to easily manage connections to a server. 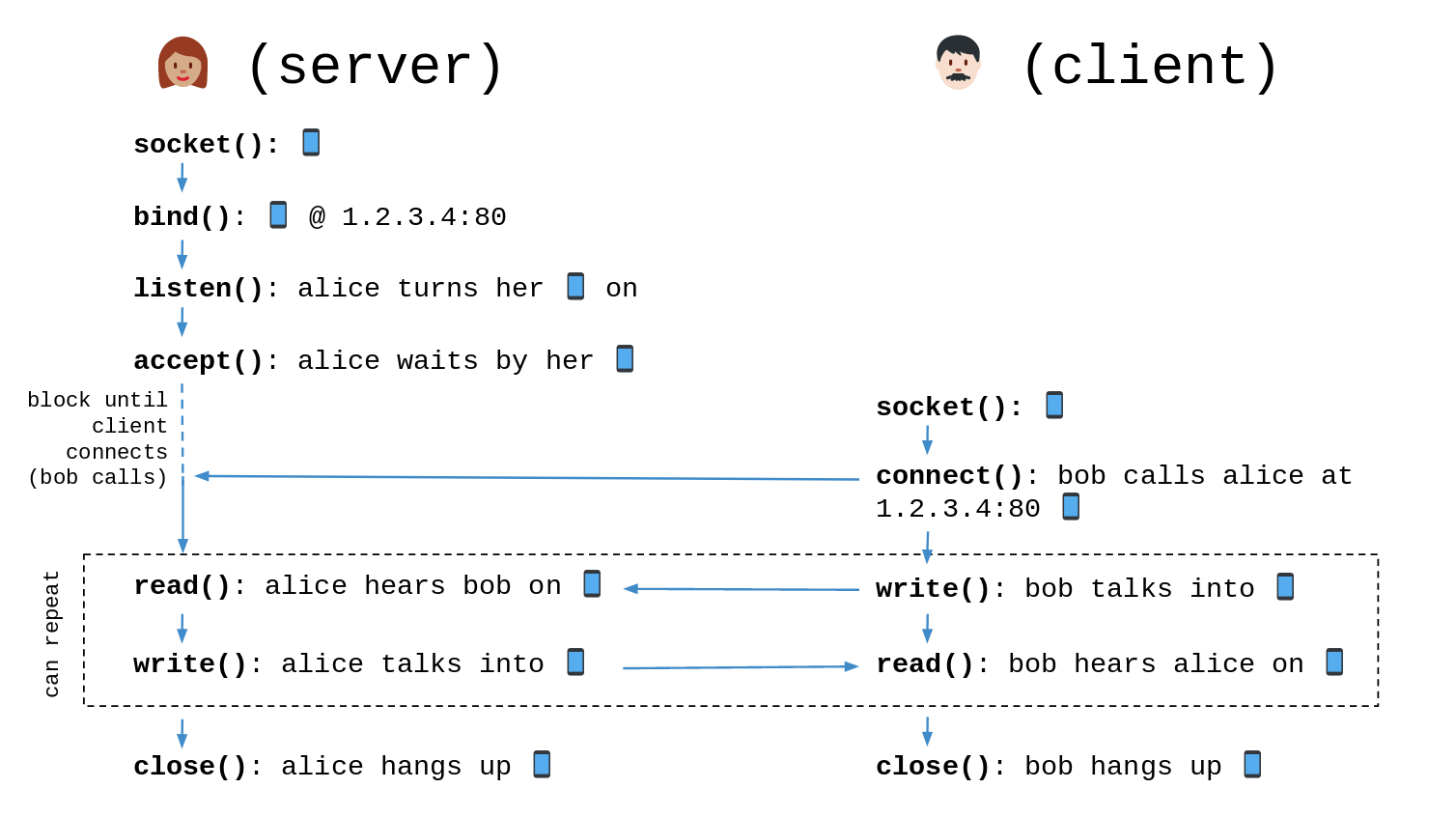 UDP, on the other hand, does NOT guarantee the delivery of packets OR the order in which the packets are delivered.

This method of communication continues until it is no longer needed at which point the server and client issue a close(), which is a bit like nailing shut your mailbox so that it can no longer be used to send or receive mail.

net.ListenPacket() encapsulates the socket() and bind() syscalls returning a net.UDPConn struct that is used to read from and write to the socket. The net.UDPConn implements the PacketConn interface which provides encapsulations for recvfrom(), sendto(), and close() as ReadFrom(), WriteTo(), and close(), respectively. 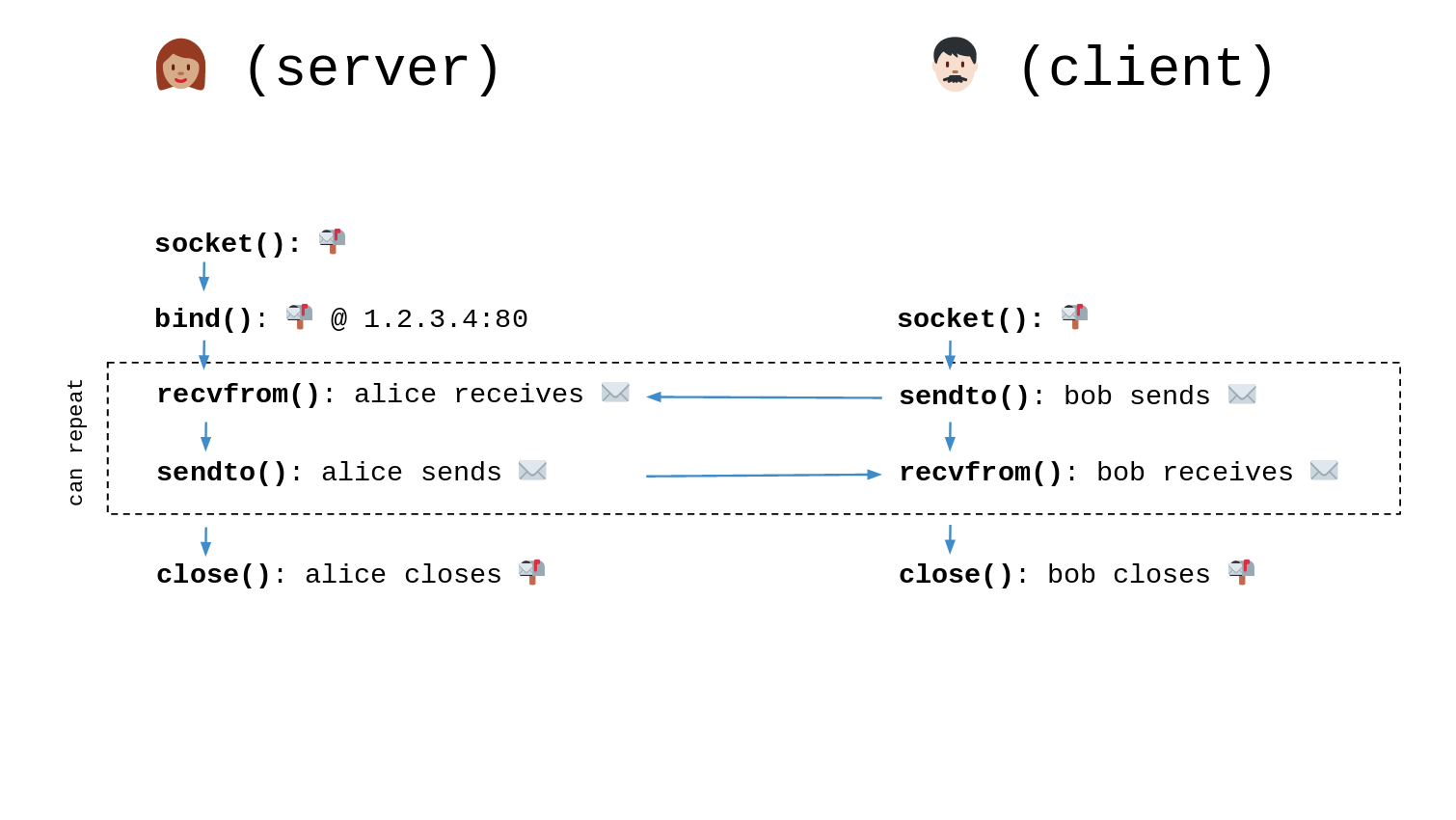 An example of an application that needs to run multiple sockets on the same address is a DNS resolver. This is because DNS can be run over both TCP and UDP.

5-tuple socket matching can be used to match traffic to the correct socket on a machine. The 5-tuple consists of the protocol, destination ip, destination port, source ip, and source port.

Cloudflare's Spectrum, a cloudflare proxy that allows customers to put TCP and UDP services behind cloudflare’s CDN, and Roughtime, a secure time protocol server, had a potential conflict if a customer wanted to run a UDP service on port 2002. Any attempts to create a UDP on port 2002 would fail due to the port collision.

Socket behavior can be modified through socket options. One such option is SO_REUSEADDR, it enables the ability for multiple sockets to bind to and share the same address. This option fixed the port collision issues Spectrum and Roughtime were facing.

The syscall.RawConn interface specifies another function named Control(). The argument to this Control() function will be the callback that sets the desired socket options. 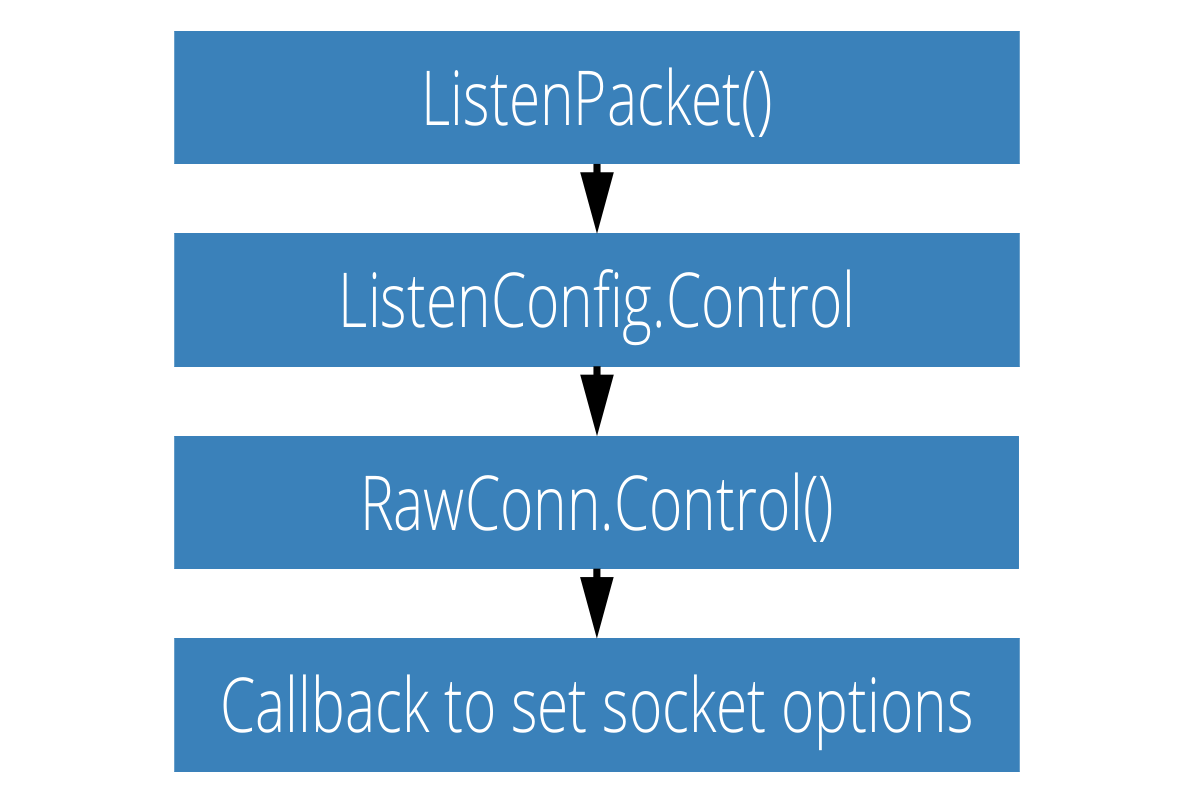 The syscall package is deprecated, but there are still parts of the go standard library that depend on it. The newer /x/sys package is good for encouraging Gophers to be explicit about which operating systems their socket code target, such as making OS-specific syscalls for setting socket options

Other Uses of Socket Options:

Sockets are super awesome and by digging a little deeper you can easily unlock the advanced networking capabilities of Sockets and their use in Go applications.