Maintaining a large codebase with maximum readability and minimal overhead is hard. This is the story of how Go went from a few enthusiastic Gophers to the most popular language for microservices at Uber. Learn where we failed, and how that led us to solutions that we think are pretty darn neat!

Go at Uber, and problems with its rapid growth

Uber started using Go around 2015. Immediate gains were clear, and the use of Go exploded. Within a year, there were hundreds of Go services, but there was no standardized way to create and deliver Go services.

When creating a new service, the same questions that had been answered many times before in existing services had to be answered again. For example, deciding how to structure the code, and deciding what libraries and dependencies to use. The cost of context switching between working on one service to working on another was high, since each service was implemented arbitrarily and might be completely different from any other one. Delivering global features was hampered by the amount of coordination required between services and teams.

It was clear that the growth of Go at Uber brought unmanaged complexity with it, that something needed to be done to provide a more consistent, predictable, and efficient solution for developing and delivering services.

Uber identified three areas that would address the emergent complexity:

Services have standard types of dependencies, and these dependencies themselves often require configuration. For example, every service needs a logger. But which logger? And what sort of format or logging level should it use? And how about the server that will handle requests? What should the limits for maximum header size be? And how long should the server wait before timing out?

Leaving individual services to make these decisions provided multiple ways for implementors to diverge from any sort of standardized approach, and in isolation this exactly what happens. To this end, Uber started using dependency injection to provide a consistent baseline for services to build upon.

A dependency injection (DI) container is configured with sensible defaults outside of the individual services, and services call constructors defined in the DI container to get their dependencies without having to worry about implementation or configuration details. Using a DI container also makes it easy to make changes to existing services, since it centralizes the dependency graph and configuration: dependencies can be added to or changed in dependent services by modifying the DI container, rather than all the dependent services. 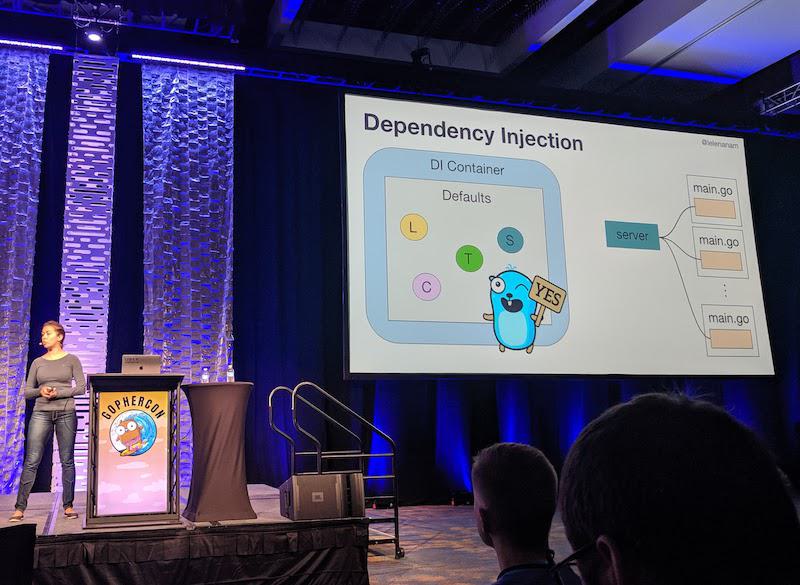 Lack of consistently structured projects made switching between working on different services a headache. For example, if an engineer were given the task of making a REST service speak gRPC, this would first involve learning how the service is structured, identifying the places where the changes need to be made, and determining what those changes should be. In some cases, large portions of the service might need to be rewritten if parts that needed updating were not cleanly encapsulated, like unmarshalling JSON inside business logic.

In order to promote a consistent structure across services, Uber identified the following areas to be cordoned off from business logic controllers:

With these concerns cordoned off, a service can focus primarily on the business value that it should provide, and let standard implementations for handlers, repositories, and gateways deal with specifics of moving data in and out of the business logic. 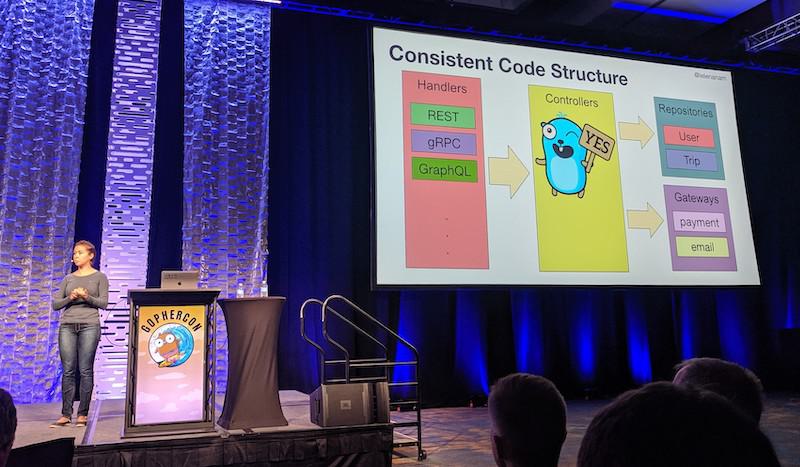 Switching to a monorepo

Uber was initially using many repositories for its services. The boundaries created by all the separately-maintained repos made coordination difficult, and meant that there could be many versions of common libraries, spread across all the separate repos. If a library needed to deliver a new feature, or--more critically--a security update to its consumers, there was no guaranteed way to propagate the change to dependent projects, ensuring that projects actually brought in the latest code. (Shockingly, asking nicely on Slack doesn't always work.)

Even if everyone updated their services, it meant there was lots of duplicated work as hundreds of repositories needed to be updated individually to use updated dependencies.

Uber created a monorepo to eliminate the problems of lagging updates and duplicated work by putting all the code in a single repo. There's no more concept of internal dependency versions: the latest version in the repository is the dependency that is the only version that matters. Every service is inherently updated by a single commit to the dependency, because the dependency code is compiled into its consumers right from the single repository, not a managed dependency. 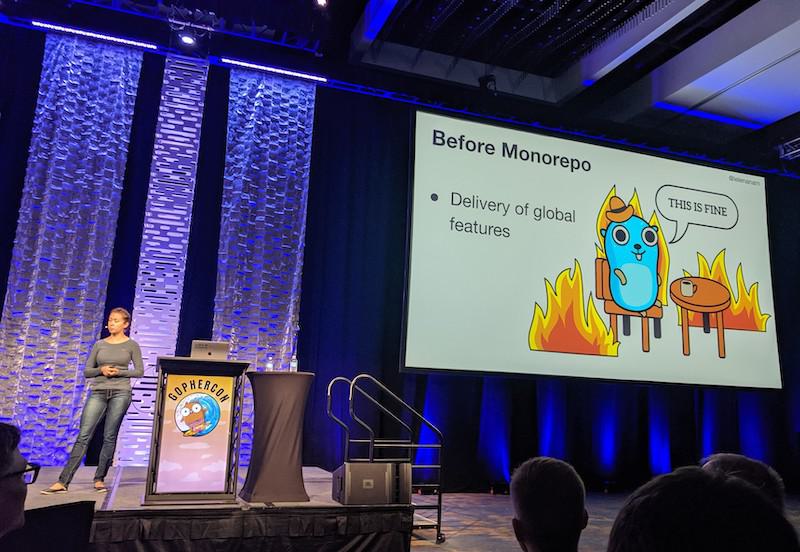 Through the changes described above, Uber greatly increased the consistency of the developer experience for creating Go services, and this has directly affected the efficiency of creating and maintaining Go services, allowing them to scale to over a thousand Go services containing over 20 million lines of Go code! 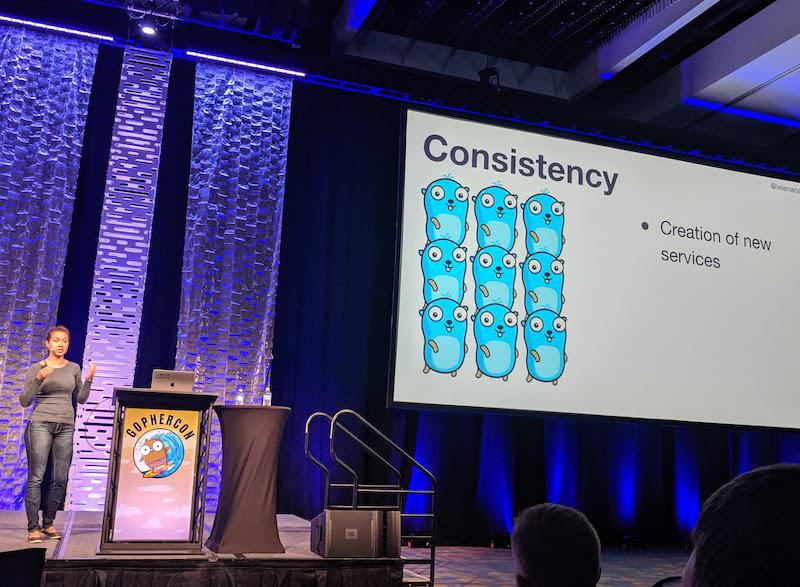