Dev Tool Time is our bi-monthly virtual event series in which guest developers share their favorite dev tools and productivity hacks. We welcomed Seth Vargo as our first guest on April 14, 2021. You can watch the live stream video on YouTube Live or at the bottom of this blog post.

Seth was generous in sharing his dev productivity secrets, including how to leverage keyboard shortcuts, a hack for setting up a new computer in record time, and his .gitconfig containing the Git aliases you need to become a Git ninja.

He also talked about the importance of screen real estate and showed us his desk setup that’s optimized for productivity. Here is a summary of the setup and tools he mentioned: 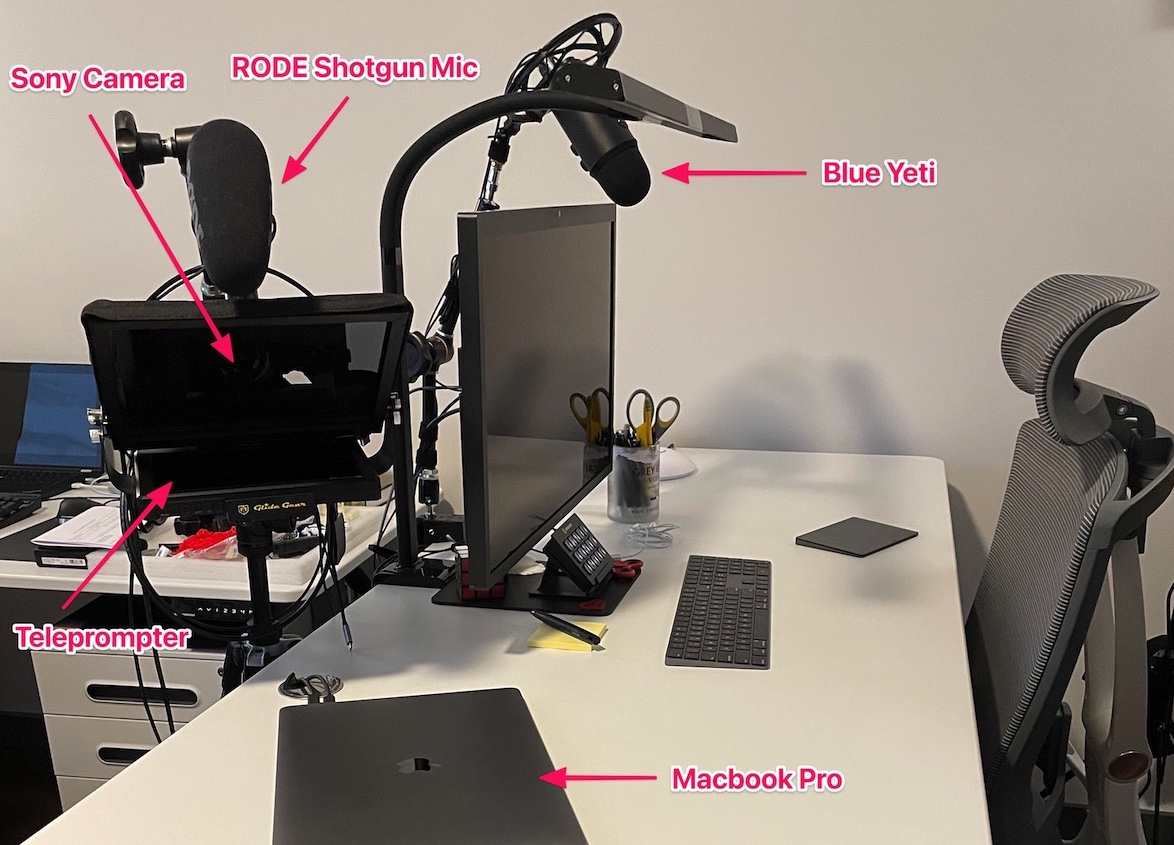 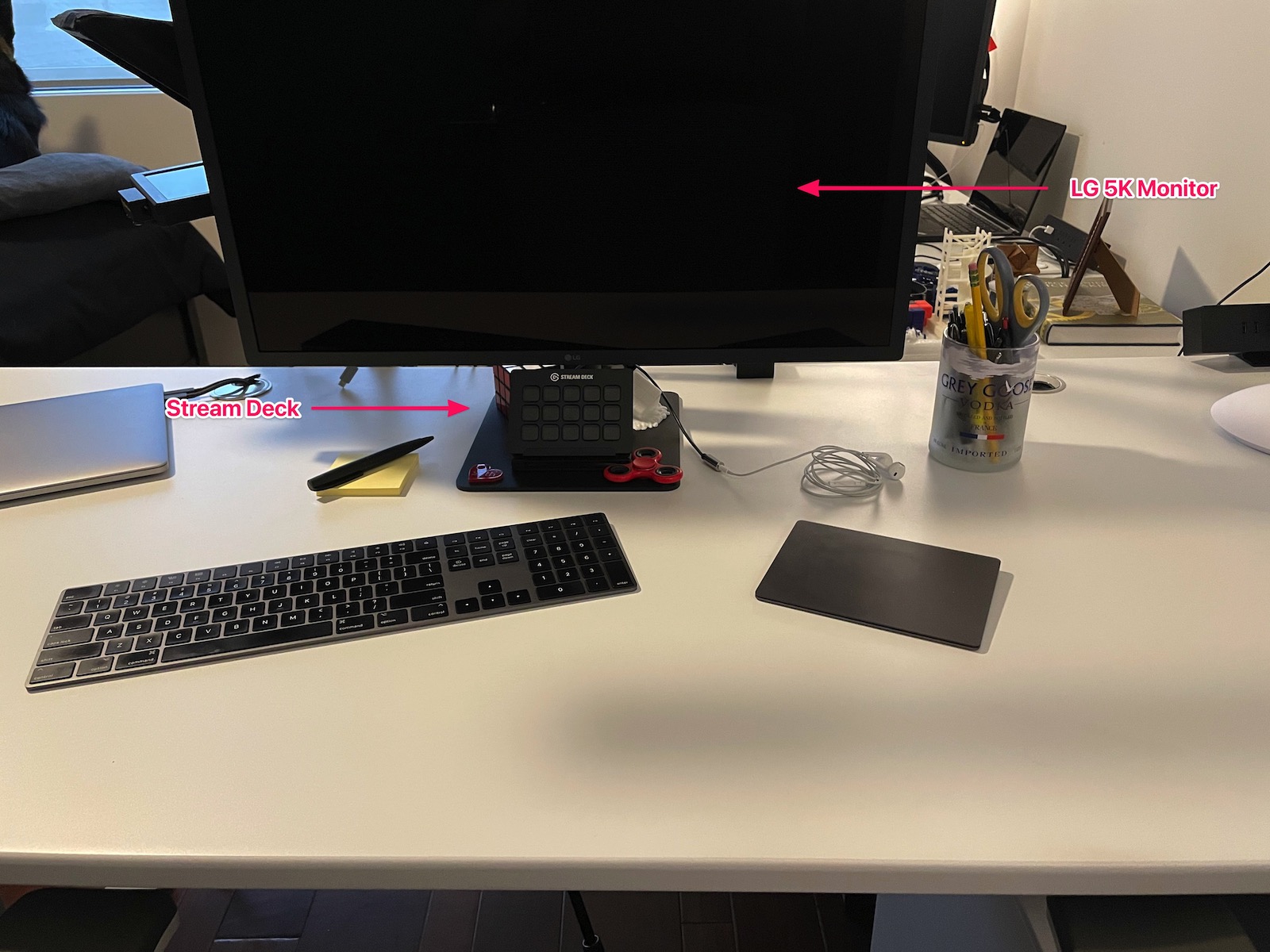 This monitor comes with a built-in USB-C hub to charge his MacBook at 96 watts, his Stream Deck and to connect his Thunderbolt-based wired Ethernet.

Each Stream Deck button is assigned to run something, for example one button shows his CPU usage, another the CI status when he’s running a build, while another sends him straight to his GitHub notifications. He loves that it’s highly customizable, adapts to the current app, integrates with a ton of community-built apps, accelerates his workflow, and adds a little fun factor.

This allows Seth to stream with his DSLR camera and he gets many compliments on how great his video quality is.

Below is the rest of Seth’s kit:

Seth’s workflow focuses aggressively on keyboard shortcuts and quick navigation between workspaces. He has a few tools that have become indispensable:

SizeUp allows Seth to quickly resize and position his windows with keyboard shortcuts at pixel precision. 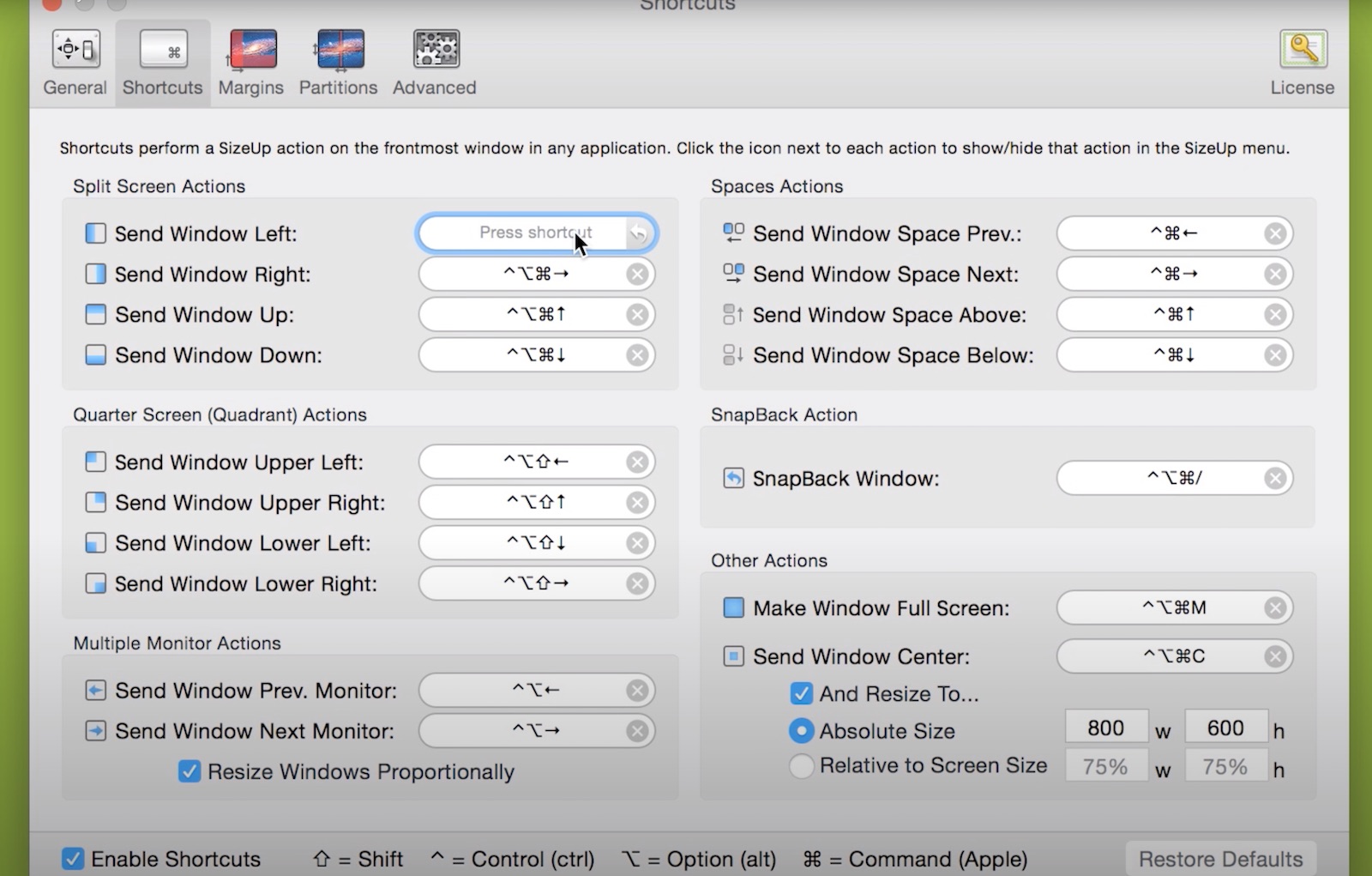 Seth likes iTerm for loading his preferences from a URL. Seth keeps his .dot files with all his settings synced in a Git repository to fast-track new computer setups.

Seth makes heavy use of Git aliases, with which he shortens useful Git commands. Check out his amazing .gitconfig which, among other things, also shows how to prettify and format your Git log. 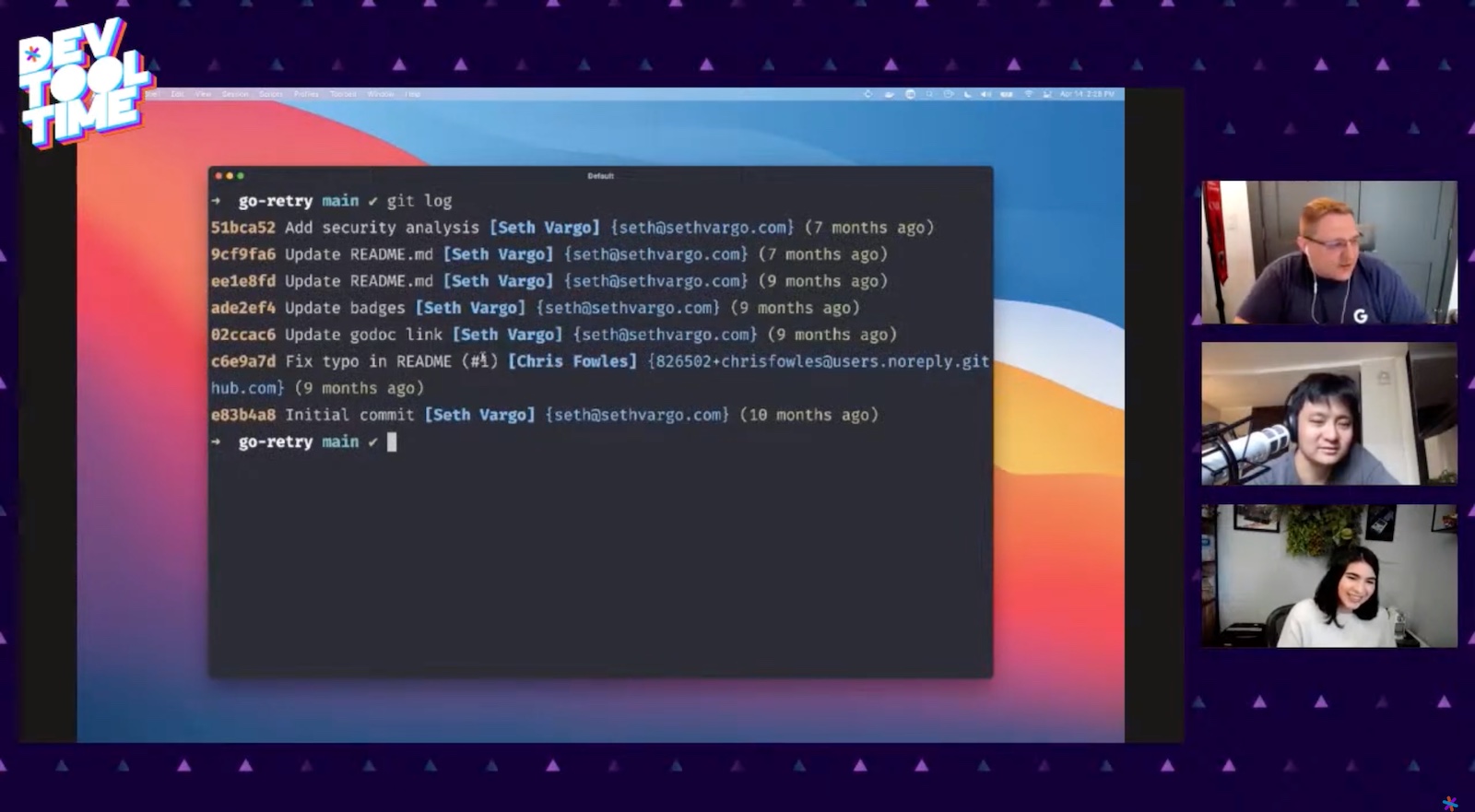 Visual Studio Code is Seth’s favorite IDE, and his color scheme of choice is Default Material Dark. He uses the Material Product Icons theme for his icons. He also uses the Go Plugin for VS Code to help with auto-formatting, so he doesn’t have to worry about indentation or tabs versus spaces. These are his VS Code configurations.

Seth also swears by Cinch, a mouse-based window manager, as well as Terraform and Cloud Code plugins (although we didn’t get to cover the last two in the live stream).

Join us on April 28th at 11am PT/ 2pm ET for Dev Tool Time with our next guest Leah Culver, iOS engineer at Twitter.

Seth Vargo is an engineer at Google Cloud. Previously he worked at HashiCorp, Chef Software, CustomInk, and some Pittsburgh-based startups. He is the author of Learning Chef and is passionate about reducing inequality in technology. When he is not writing, working on open source, teaching, or speaking at conferences, Seth advises non-profits.